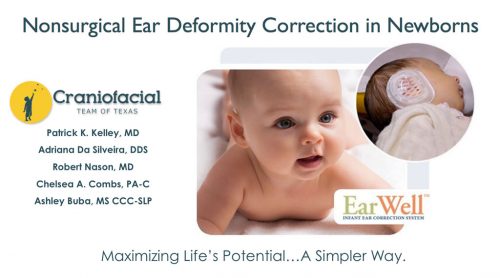 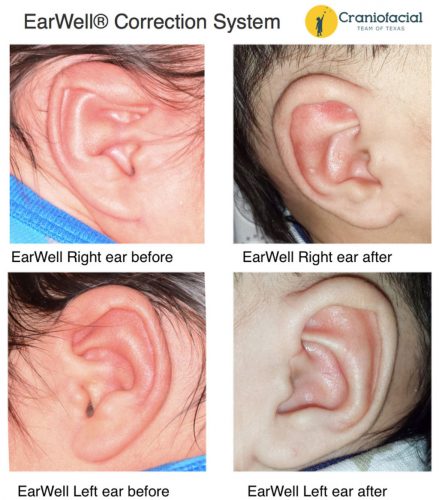 In the past, the standard method of correction was by means of surgical correction when a child reached age 5 or 6.  A new technology called the EarWell® Correction System offers noninvasive correction during the newborn period, thereby avoiding the potential need for cosmetic surgery or correctional surgery at an older age.  Early diagnosis and treatment is essential to the success in treatment with the EarWell® Correction System, as hormonal changes in the newborn develop by 6 weeks of life and the ear cartilage begins to stiffen.

The ideal treatment starts within the first week of life.  The old thought that misshapen or deformed ears will correct on their own as the child grows have been proven incorrect by recent studies.  There are psychological benefits of the EarWell® Correction system, like correction of the abnormal ears before a child even understands or realizes the abnormality, avoiding any name calling or bullying until the child reaches an age for surgical correction, and avoiding the anxiety and pain of a surgical procedure at a young age.

What is the EarWell® Correction System? 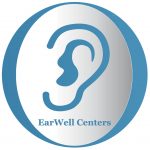 If you would like more information about this nonsurgical correction of mild congenital ear deformities in newborn infants, please contact the Craniofacial Team of Texas by calling 512-377-1142 or toll free 877-612-7069 to schedule an appointment or complete an online appointment request.